This is a guest post by Joel Runyon of the Blog of Impossible Things. As I (Zane) prepare to perform a number of health and fitness related experiments, I asked Joel to share his recent experiences. 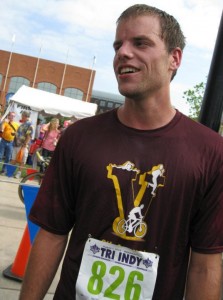 Believe it or not, before November 2009, I had never run more than 3 miles in my entire life. I’m a lifelong athlete. I played basketball for 10 years and even participated in track and field in college, but I only threw javelin specifically because I hated running so much and didn’t want anything to do with it. Now fast forward to today. I’ve run a 5ks, 10ks, triathlons and even ran my first marathon back in May 2011. What changed in those 18 months? I became a runner.

No, I’m not crazy fast and I’m not a superstar you’re going to be seeing in the olympics, but I’m a regular guy who decided one day that running wasn’t going to be “impossible” for me anymore. Here are some things I learned about the learning to like running (even though I used to hate it).

How To Become A Runner (Even When You Hate Running)

Commitment is the hardest part of anything. I know, I hate it. I’m a self-described commitment phobe. But, once you decide to commit to running once, twice, or three times a week, you’ve gotten past the hardest part. If you decide in your mind that you’re going to do it, no matter what, you’ve beaten the biggest giant. When I decided that running wasn’t going to be impossible for me anymore, I beat the biggest hurdle. In my mind I knew I was going to do it, no matter what. The end of the story was already written. I just had to experience the journey.

Don’t go out and try to run 10 miles one day. Go out and run for 5 minutes. Then walk for another 5 minutes. Do that a few days in a row. When that gets to be fairly easy, try and see if you can run a mile. Then try do two miles. Then a 5k. Keep moving up. Don’t feel like you have to kill it your first day out. Everybody starts at the same place. Start out slow, you’ve got plenty of time to improve.

If you hate running, you’ll hate running without a purpose. You’ll just be running to run to run to run and that doesn’t help that black pavement become any friendlier. Pick a race. It can be a 5k, a 10k, a half marathon, or a marathon. It doesn’t really matter as long as you’re looking forward to a day and training for something. I’ve found this helps me stay focused and motivated to run even when I don’t want to. After all, I’ve paid money for a race, so I can either go run it and feel good about it afterwards or pass out and die during or after the race. I’m somewhat allergic to the death thing, so I usually find it a fairly good incentive to keep training.

Track your time and distances. If you run 3 miles this week and run 4 miles next week, your endurance is getting better. if you run 1 mile in 10 minutes this week and run the same mile in 9 minutes and 50 seconds next week, you’re getting faster. By tracking your time and distance, you’ll start to actually see visible results and you begin realizing you’re improving, even if you don’t necessarily feel like it.

Even if you hate running right now, you don’t always have to hate it. It’s not impossible for you to become a runner too. It’s not magic, but it’s not a fast process either. If you commit to the process, start slow and improve a little bit every day and you’ll improve your odds of success a ton. If you find a buddy and work towards a goal together with them, you’ll make the whole process a lot more fun. Now get out the door, lace up your shoes and get running! 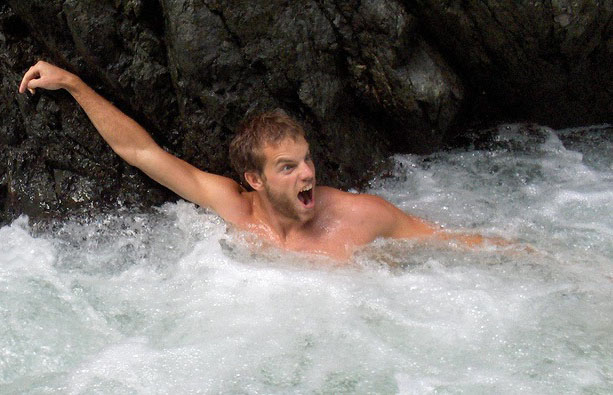 Joel Runyon pushes his limits by running triathlons, barefoot marathons and doing other impossible things in order to tell a great story. You can follow him on twitter as he crosses things off his impossible list.