Home » Learning » How Our Brains Remap Themselves Around What We Learn

Have you ever changed a piece of equipment and just felt… wrong? Even something simple, like changing the protective case on your cell phone, can throw you off for a day or two. It can sometimes feel like you have an illogical attachment to the exact tools you use, as if there were something special about them. Sports players know this feeling well. An ice hockey player might break his stick and use a backup, yet even identical sticks can feel different. It’s an experience we’ve all had at least once, but what’s actually going on here?

This is a phenomenon explored in the book Beyond Boundaries

, which is based upon the research of the author: neuroscientist Dr. Miguel Nicolelis. He explains that our brains actually remap themselves to accommodate real-world objects. As far as our minds are concerned, these things are essentially part of us. Repeated exposure to tools creates so much familiarity that the parts of our brains responsible for movement and sensing undergo a basic shift in order to fit the tool into their map of the world. 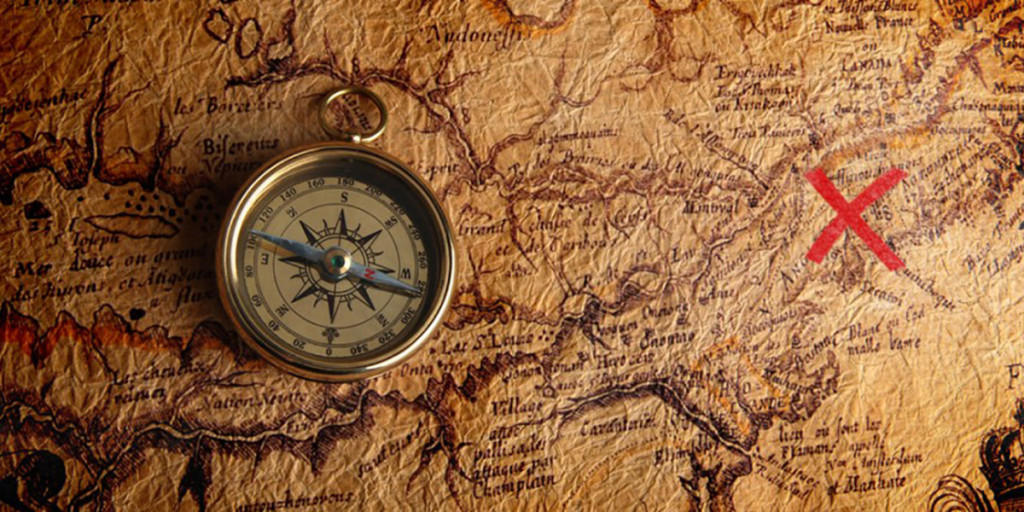 It’s because of this amazing remapping that we have the ability to get so good at skills. The edge of our concept of “self” literally blurs with the world. I’ve become acutely aware of this as I’ve embarked upon a journey to “become musical.” After spending enough time with a guitar, I seem to have a sixth sense for where to put my hands. I’ve stopped thinking about “6th fret” or “12th fret.” I’m not even sure which fingers I’m using to form a chord. For songs within my repertoire, I simply act.

This suggests that the information is encoded so deeply within my brain that the conscious effort has been taken out of the equation. A more technical way of saying this might be that my brain had chunked such a large block as the individual components disappeared completely. There’s nothing special about my brain, of course. All of this is just a symptom of intentional time and repetition… which we call learning.

As an interesting aside: the same “remapping” that incorporates tools into our concept of self can do some other weird things. For example: you can trick people into thinking that a rubber arm is their own. Check out this video, for a fun exploration of the idea:

Putting it to Work

Something special happens when you take a step back and reflect upon learning. Research has shown that it can improve the effectiveness of learning. In educational theory, this is called metacognition. When you are able to conceptualize what you’ve learned, you create an overview of the subject that ties it all together. You look at the subject from a step further away, and thus see the bigger picture.

I would speculate that the reason pretesting has been shown to work so well is that it creates this same sort of map of the territory. The effective technique of teaching someone else likewise requires this sort of “thousand foot view.” Likewise, deliberate practice requires an attention to the process of learning. In each case, your goal as a student is to see how the little bits of knowledge and skill which you are acquiring fits into the whole of what you’re trying to learn. 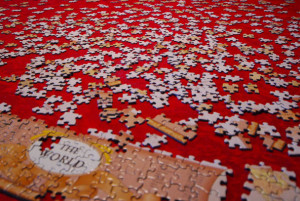 You’re playing with a sort of mental jigsaw puzzle, but most of the pieces are turned upside-down on the table and you’ve lost the box. The trick is figuring out what the final picture will look like. You can take a peek at other people’s jigsaw puzzles, but theirs are inevitably different from yours. When other people learn, they use the same basic pieces but the picture they form will be different. These effective learning techniques are the mental equivalent to flipping over individual pieces of the puzzle and piecing together your map of the territory.

The Paradox of Speed

Learning is not something which can be hurried, but it can be optimized. Hurrying implies a certain recklessness. Paradoxically, if you’re observant and careful, slowing down can speed up the process.

Let’s return to the metaphor of the jigsaw puzzle for a moment. One way to try to solve the puzzle would be to attempt every possible combination of fitting pieces together without flipping the pieces over. This brute-force approach would take a huge amount of time. With additional piece in the puzzle, the number of possible piece-to-piece combination grows exponentially. With any reasonable sized puzzle, the number of possible combinations will be in the millions (at least).

At the beginning of this post, I offered one loose definition of learning as including intentional time and repetition. It’s the intentional bit that makes solving any puzzle possible. Without it, the number of possible combinations is just too large to ever solve. Instead, when solving puzzles, we examine and reason about the pieces. You might start by framing the edges of the puzzle, since edge and corner pieces are easy to identify. This is exactly why I recommend a wide exposure to a skill to kick-start learning something new. By defining the boundaries, you create a framework for the rest of the pursuit.

It’s these boundaries which make the rest of the picture become easier to bring into focus. They create a framework, and within that framework it’s easier to comprehend how the pieces fit together.

. It takes its title from an anecdote from the author’s youth:

Thirty years ago my older brother, who was ten years old at the time, was trying to get a report on birds written that he’d had three months to write. [It] was due the next day. We were out at our family cabin in Bolinas, and he was at the kitchen table close to tears, surrounded by binder paper and pencils and unopened books on birds, immobilized by the hugeness of the task ahead. Then my father sat down beside him, put his arm around my brother’s shoulder, and said, ‘Bird by bird, buddy. Just take it bird by bird.’

It’s one of those stories which either slips by unnoticed, or sticks with you forever. This attitude: step by step, bird by bird, piece by piece suggests something more than perseverance… it implies a habit. Something done, rain or shine, because it’s what we do. It’s no coincidence that I spend a lot of time on this blog talking about creating effective routines. Getting started can be the hardest part, though.

That’s why I’ve created the email list. When you subscribe, below, you’ll receive a one-month course which will guide you through each step of building your own personal learning habit. Whether you’re tackling something for work, school, or just a hobby you’ll find all sorts of practical advice on maximizing the effectiveness of your learning.