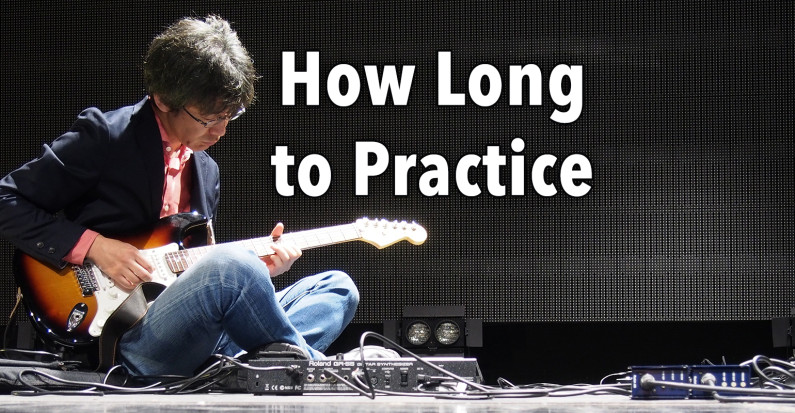 We’ve all heard it said: “practice makes perfect.” But just how much practice? And how should you go about it?

It this post, I’ll look at what science has to say about how much you practice. 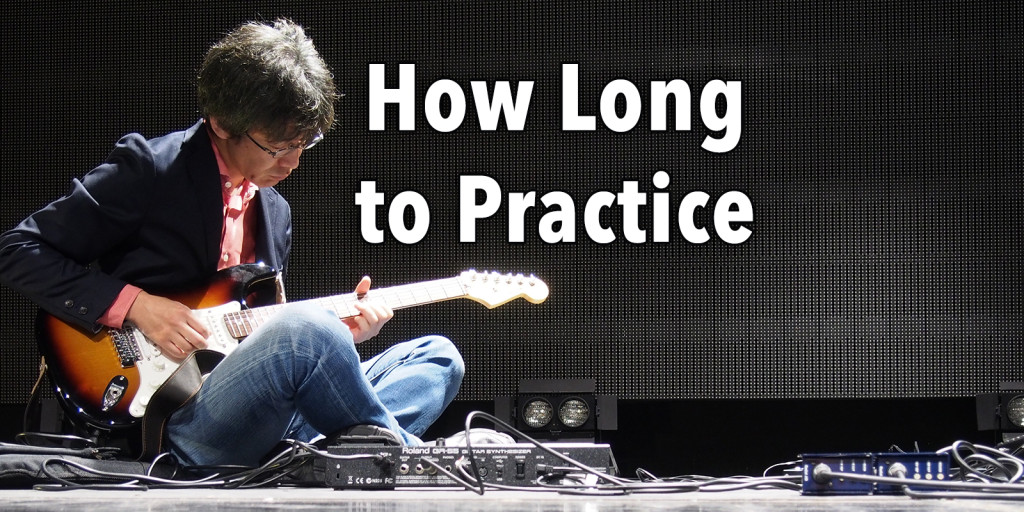 The Lesser-Known Finding of the 10,000 Hours Study

Malcolm Gladwell famously popularized the “10,000 hours” meme. In case you’re not familiar with it, the gist of the study was that it takes roughly 10,000 hours of deliberate practice to master a skill. One other less-published finding of the study, though, is that the participants who took naps outperformed those who did not take naps. Clearly, there are factors outside the actual duration of the practice which have an effect (which is why I wrote a whole ebook on “optimal learning” habits, which you can get for free when you subscribe).

More recent studies have also challenged the idea that the 10,000 hour rule is really a rule at all. One study suggests that the amount to which any skill can be improved by practice depends on the type of skill. Highly declarative skills, like learning to play a game, can be improved a lot while creative skills are less susceptible to deliberate practice.

Whatever the case, the role of practice is still significant for any skill you want to learn. Whether you’re studying for a test or practicing the guitar, how you structure your practice session will make a difference on the results.

How Long is Too Long?

It turns out, practicing for hours and hours on end may not actually be a good idea.

To understand why, it’s first important to understand that when you practice you’re “breaking yourself down.” In the case of physical skills (like sports or playing an instrument) this is literally true: the muscle fibers tear. Even when memorizing or studying, you’re fatiguing yourself through the act of practicing.

The real “growth” as a result of practice doesn’t happen during the session itself. It happens after the fact, during the recovery phase. The most obvious place this happens is sleep: muscle is rebuilt and memories are consolidated. This is the time when the body actually turns the practice into skill. While scientists don’t understand this process perfectly, they are able to study the effects (recall from above that naps were correlated with the higher performing students).

Researchers have also looked at how much information is retained from any study session and found that the beginning and end of a practice session are always more effective than the middle. This is what is known as the primacy/recency (or “serial position”) effect. Notice the dip in the middle: 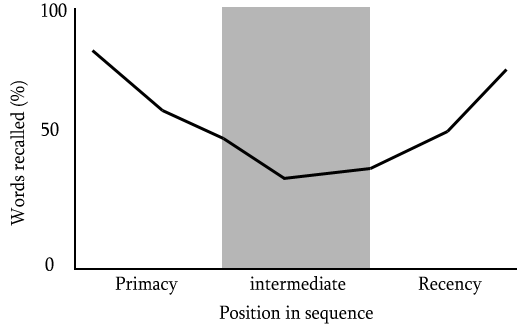 What’s most significant about these findings are that the amount of “down time” in the middle increases as the session gets longer. In other words, the relative effectiveness of any practice session decreases as the length increases.

How Long to Practice 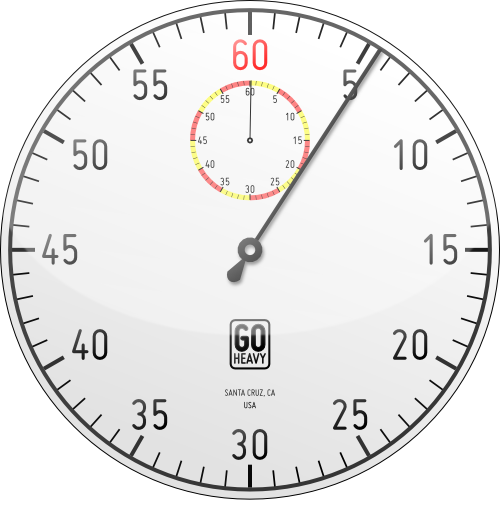 The serial position effect suggests that we should keep practice sessions short. Of course, there comes a point at which a practice session is too short. You can’t just sit down and look at one flashcard and then get up again. Much of the research suggests something in the range of the 20-30 minutes per session is optimal.

But this suggestion hides some important points. First, if you’re doing something physical (like sports or a musical instrument), warming up may be considered to be “outside” the practice time. Second, just because each session is short does not mean you stop for the day! So let me make it a bit more concrete:

What you’re doing is giving your brain time to “reset” itself after each session, recovering a bit from the strain of the practice and cleansing your palette before you start again. As an example: when I practice the guitar, I’ll play a song for 30 minutes and then get up and move around, eat some food, write an email, etc., before doing another 30 minute session.

In this post, I only covered the topic of how long to practice… but there’s still lots to talk about with regards to the type and structure of the practice. Check out the side bar to learn more about these other important parts!