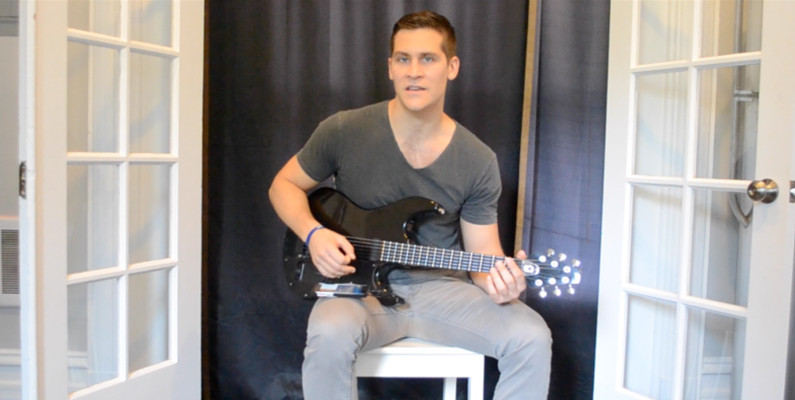 After a week of exploring music, I needed to start getting into the business of learning how to create music if I wanted to make real progress.

There are tons of educational tools out there all aimed at musicians, especially at guitar players. I needed to decide which of them, if any, were right for me.

I studied video game design and neuroscience at my university because I was interested in using games and software to improve learning. As I worked with different algorithms and software, I realized that there were some key traits that any educational tool needed to have:

In the above video, you can see in real-time how I evaluate a new learning tool.

Sadly, I found the GTar to be lacking. The main problem stems from the fact that it does not operate like a normal guitar in several key ways. Not only does it feel different, but it will not let you do some of the key things (like muting, or controlling volume by playing the string harder or softer) that a real guitar requires. Most importantly, its ability to detect notes is… inconsistent. There were several times where I plucked a string and it did not play, and other times when the merest brush of my fingers triggered the note.

When it came to strictness, the GTar also failed as an educational tool. While I did have it on a beginner mode, there was essentially nothing that the GTar was teaching me because it did not enforce anything. I was literally able to hit the strings with my fist and hold my other hand in the air and score points.

You can still get the GTar on Amazon for $350 or so, but the price has recently been increased to $699. For just $180, though, you can get a Yamaha Pacifica electric guitar (a highly reviewed beginner’s instrument).

Sadly, I consider this to be my first of (probably many) failures in my quest. I was very excited about the GTar but it turned out to be a dead-end for my journey. Oh well, it’s time to try something else!