Home » Science News » How Mindfulness Meditation Saves You from Stress 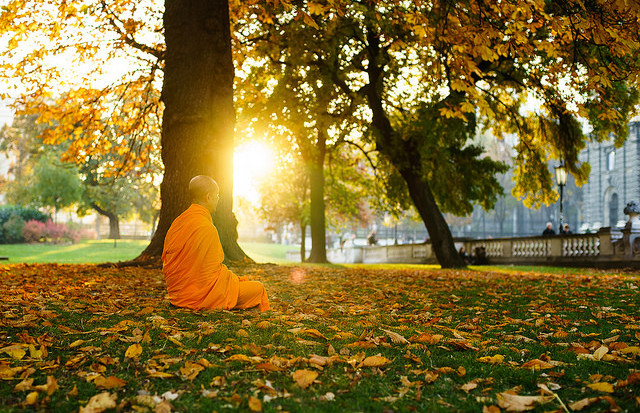 There is an increasing amount of research that supports the positive effects of mindfulness mediation. It has been associated with numerous health benefits, and now we have information about what exactly it does to change the mind and body.

As it turns out, “mindfulness meditation” increases connections in the attention and memory part of the brain. Not only that, but the new research has shown that meditation leads to a decrease in a biomarker for inflammation, months after meditation training. 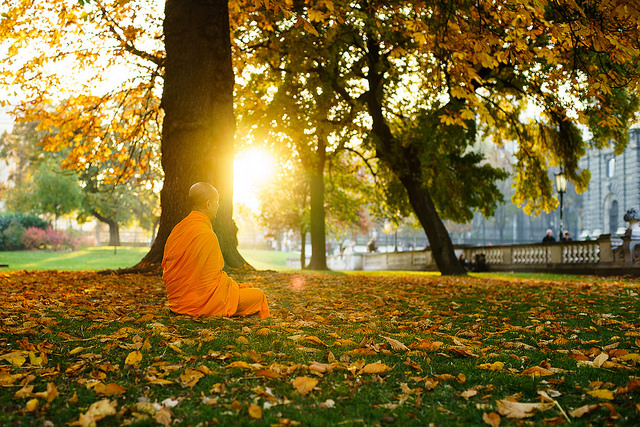 What is mindfulness meditation?

The purpose of mindfulness meditation is to become better aware of yourself, your thoughts, and your thought processes. It has benefits in productivity and focus as much as physical and mental health. It takes some practice, but it involves focusing on being in the moment – such as paying attention to your breathing, noticing when your mind wanders, taking note, and then bringing focus back to your breathing.

David Creswell’s team at Carnegie Mellon University was interested in how mindfulness meditation physically acted on the body. Previous research had indicated activity in the executive function area of the brain decreased during stress, while other areas of the brain increased – areas associated with the body’s stress response.

To evaluate the biological response more closely, the researchers looked at 35 adults who were unemployed and highly stressed to see how mindfulness meditation would affect them. The adults were split up into groups that participated in a 3-day mindfulness training session, or a 3-day relaxation retreat. Their brains were scanned before and after the retreat to look for changes.

“We think that these brain changes provide a neurobiological marker for improved executive control and stress resilience, such that mindfulness meditation training improves your brain’s ability to help you manage stress, and these changes improve a broad range of stress-related health outcomes, such as your inflammatory health,” Creswell said.

Changes in the brain connectivity weren’t the only thing they found in the study. Blood was also taken before and after the retreat, and four months later they found a decrease in the levels of an inflammatory marker called IL-6 in the meditation training participants.

This research needs to be repeated with a larger sample size of participants, but the results provide the first real link between mindfulness meditation and improved health. Inflammation has been shown to be associated with stress, and now we have direct evidence for a decrease in the inflammation signaling pathway because of meditation. This is also great news also because chronic inflammation has been linked to depression.

The magic bullet for stress sounds like mindfulness meditation training. If you are a beginner to meditation, read a little about it here or try some meditation apps for beginners.