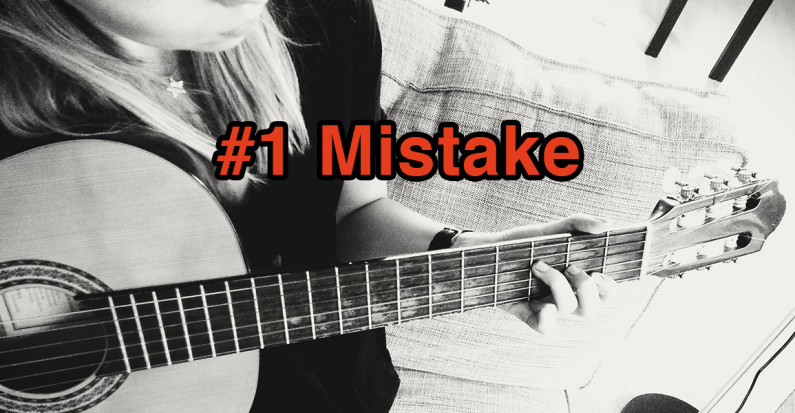 One of the most common warnings you’ll hear when you teach yourself guitar is that “you’ll learn bad habits.”

I can’t deny this is true. Without a guitar teacher, it’s easy to fall into a number of traps like playing too fast or too slow, using bad positioning with your hands, and so on.

If you’re learning the guitar you’ve probably heard about some of these common mistakes. They’re important, sure, but it’s easy to get caught up in the details and miss the big picture. There’s another type of mistake which can cause or prevent many other mistakes…

If you can avoid this one mistake, you’ll actually avoid most of the other common mistakes. It’s what Charles Duhigg would call a keystone habit, one which facilitates all the other habits, making other mistakes harder to make.

In fact, this mistake is not even specific to new students of the guitar. It’s something which all students, of all subjects, could learn from. 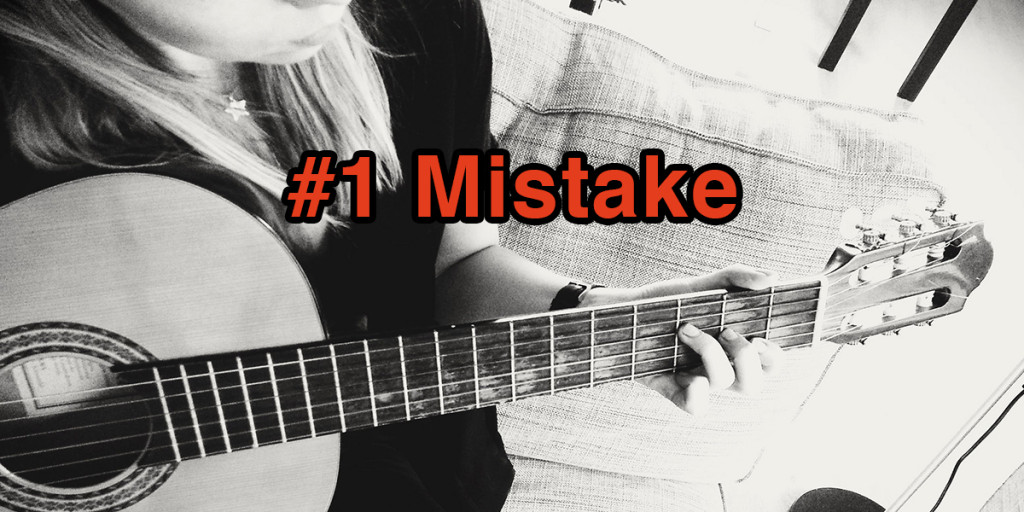 The Spice of Life

They say that “variety is the spice of life.”

Well, it’s also essential to learning. The more variation you have, the more effectively you will learn. It’s true of the guitar, just like it is true of all skills, and I’ll explain why in a moment.

What’s this big mistake with the guitar, though?

Yep, it’s that simple. When you use a perfect practice session to improve your playing, change it up. You can stand for one thirty-minute session, and sit for another, for example.

I’m not saying you should have poor form or to try contorted positions. What I’m saying is that you should not sit in the same chair, in the same position, all the time. When you do this you end up developing skills which do not transfer. You allow bad habits to be created because you’re actually using a crutch in your learning…

You might be resting the palm of your hand against the guitar in a weird way. Or not gripping the fretboard correctly. Many of these mistakes are only possible because you’ve found a particular way of holding the guitar which seems to work for you. You’ve gotten comfortable with it and thus started to develop bad habits, and as you’ve practiced these habits start to feel “right.”

When you change up your sitting/standing position, you are confronted with these habits. Suddenly you cannot hold the guitar in the same, incorrect way that you did before. The first time I stood up to play, I realized that I was levering my left hand against the fretboard in a way that made me form chords poorly, contorting my hand in a way I didn’t even realize I was doing. While standing, this contortion was impossible. I was distraught at first, thinking I couldn’t play while standing, but within just an hour or two my mind had adapted and I became immensely better while standing and sitting.

A “bad habit” is really just something which won’t work well later in your learning. Bad habits don’t exist because someone decided upon a list of “bad habits in guitar playing.” They’re not subjective like that. Bad habits exist because they can block you from playing well. When you add variation to your learning, what you’re doing is exposing yourself to new situations which naturally reveal the bad habits.

In other words, variation simulates the real world. You won’t be sitting in the same chair every time you play, so you need to change it up early and develop habits that work no matter where you are playing.

Of course, this is just one of the many things you should be focusing on while learning to play the guitar. It can sometimes seem daunting to consider all of the many tips and tricks for learning. If you want help with the process, sign up for the mailing list below and I’ll send you custom-tailored tricks to maximize your musical learning journey.