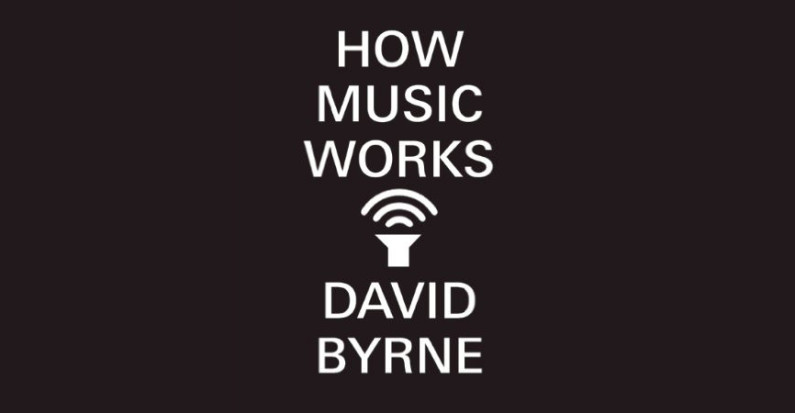 This post contains a collection of quotations from some excellent books. You can find other roundups of the best books about different fascinating topics in the Best Books and Quotations section. If you have the Kindle app, the Location links at the end of each quotation will take you straight to the relevant section.

When I was first preparing for my quest to learn music, I started by reading several books on neuroscience and music. The following three books are the most insightful which I encountered, and helped me to understand how music and the brain work together.

This is Your Brain on Music 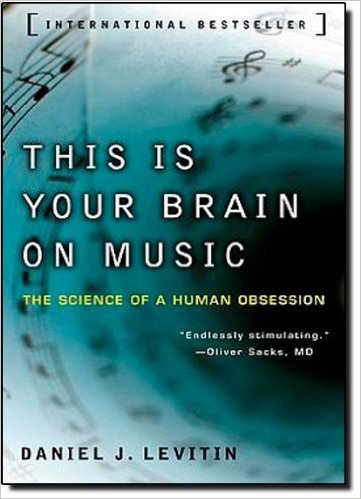 Most artists describe their work as experiments—part of a series of efforts designed to explore a common concern or to establish a viewpoint. Location: 108

This [special musical] interval was considered so dissonant that it must have been the work of Lucifer, and so the church named it Diabolus in musica. It was pitch that had the medieval church in an uproar. And it was timbre that got Dylan booed. Location: 237

The Fundamental Elements of Music

The basic elements of any sound are loudness, pitch, contour, duration (or rhythm), tempo, timbre, spatial location, and reverberation. Location: 250

Many melodies do not have a “correct” starting pitch, they just float freely in space, starting anywhere. Location: 409

Pitch is so important that the brain represents it directly; unlike almost any other musical attribute, we could place electrodes in the brain and be able to determine what pitches were being played to a person just by looking at the brain activity. Location: 446

We can fix pitches anywhere we want because what defines music is a set of pitch relations. The specific frequencies for notes may be arbitrary, but the distance from one frequency to the next—and hence from one note to the next in our musical system—isn’t at all arbitrary. Location: 536

Surprisingly, these other frequencies are often mathematically related to each other in a very simple way: as integer multiples of one another. So if you pluck a string and its slowest vibration frequency is one hundred times per second, the other vibration frequencies will be 2 x 100 (200 Hz), 3 x 100 Hz (300 Hz), etc. If you blow into a flute or recorder and cause vibrations at 310 Hz, additional vibrations will be occurring at twice, three times, four times, etc., this rate: 620 Hz, 930 Hz, 1240 Hz, etc. When an instrument creates energy at frequencies that are integer multiples such as this, we say that the sound is harmonic, and we refer to the pattern of energy at different frequencies as the overtone series. There is evidence that the brain responds to such harmonic sounds with synchronous neural firings—the neurons in auditory cortex responding to each of the components of the sound synchronize their firing rates with one another, creating a neural basis for the coherence of these sounds. Location: 655

Music’s Impact on the Brain

Musical activity involves nearly every region of the brain that we know about, and nearly every neural subsystem. Location: 1317

Musical training appears to have the effect of shifting some music processing from the right (imagistic) hemisphere to the left (logical) hemisphere, as musicians learn to talk about—and perhaps think about—music using linguistic terms. And the normal course of development seems to cause greater hemispheric specialization: Children show less lateralization of musical operations than do adults, regardless of whether they are musicians or not. Location: 1920

At a very early age, babies are thought to be synesthetic, to be unable to differentiate the input from the different senses, and to experience life and the world as a sort of psychedelic union of everything sensory. Babies may see the number five as red, taste cheddar cheeses in D-flat, and smell roses in triangles. Location: 1959

the left-hemisphere regions that we found were active in tracking musical structure were the very same ones that are active when deaf people are communicating by sign language. Location: 1995

It was nearly impossible to tell from the data whether people were listening to or imagining music. The pattern of brain activity was virtually indistinguishable. Location: 2356

Pinker argued that language is an adaptation and music is its spandrel. Location: 3796 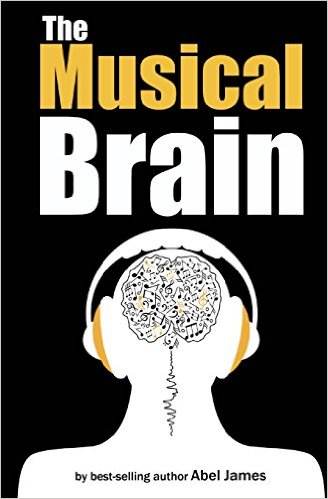 Across cultures, musical scales typically have five to seven pitches per octave, remaining within the range of the capacity of working memory.[37] Location: 284

infants can discriminate frequency differences smaller than a semitone between isolated tones, while the majority of adults have more difficulty.[53]  By 6 or 7 years of age, children show a preference for scale (diatonic) over non-scale (non-diatonic) tones, reflecting an internalization of diatonic scale structure.[54]  By 8 or 9 years of age, children prefer specific diatonic tones, more specifically the tones of the tonic triad, suggesting an increased awareness of Western tonal structure.[55] Location: 345

Brandler and Rammsayer (2003) found that musicians demonstrated superior performance on verbal memory tasks, supporting the notion that musical training exerts beneficial effects on verbal memory, which is most likely due to changes in cortical organization.[81] Location: 440

Unlike infants, adult listeners rely primarily on relative pitch cues.  These results suggest a shift from an initial focus on AP to the eventual dominance of relative pitch, a characteristic that is unique to humans, which is more useful for both musical and speech processing.[113] Location: 541

How Learning Music Changes You 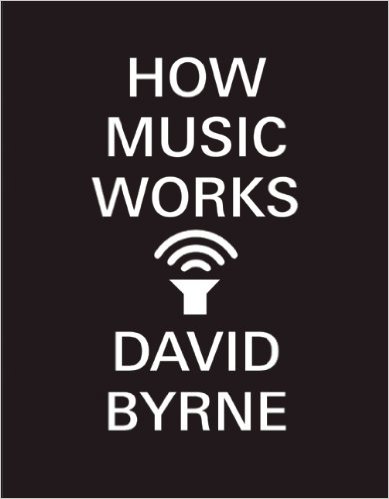 Presuming that there is such a thing as “progress” when it comes to music, and that music is “better” now than it used to be, is typical of the high self-regard of those who live in the present. It is a myth. Creativity doesn’t “improve.”  Kindle Location: 147

Now we don’t and can never know what those bands really sounded like—their true sound may have been “unrecordable.” Our understanding of certain kinds of music, based on recordings anyway, is completely inaccurate. Location: 1157

The Purpose of Music

Making music is like constructing a machine whose function is to dredge up emotions in performer and listener alike. Location: 2419