Home » Learning » How (and Why!) to Quit Coffee and End a Caffeine Addiction 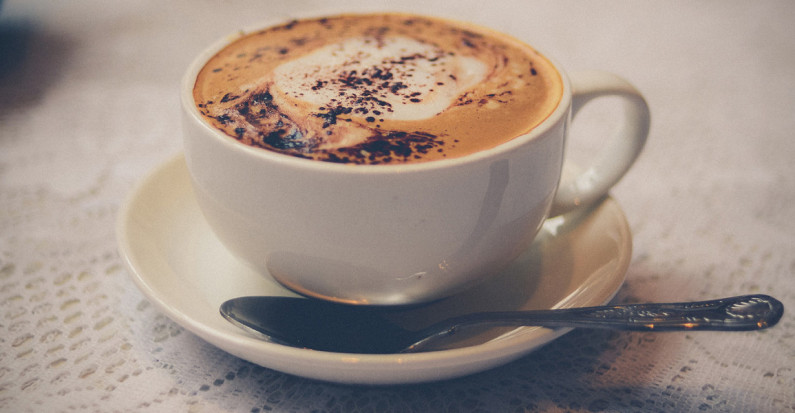 For many people, the thought of going without a morning cup of coffee is tantamount to torture. Part ritual and part miracle drug, caffeine plays a vital role in waking us up in the morning, and many of us have a true caffeine addiction.

Despite all its benefits, make no mistake: caffeine is a drug. It might not have the stigma of illegal drugs, or the obviously negative impact of alcohol, but each time you partake in a cup it is altering your brain chemistry in a very real way. It’s easy to let the caffeine addiction become one which you don’t think twice about: the world is built for coffee drinkers. Travel to the other side of the world and you’ll still be able to find that delicious morning kick-in-the-pants which coffee offers.

So sit back and grab a cup of your favorite drink; we’re going to look at the science of coffee, and why you should (or should not) choose to quit the caffeine addiction. 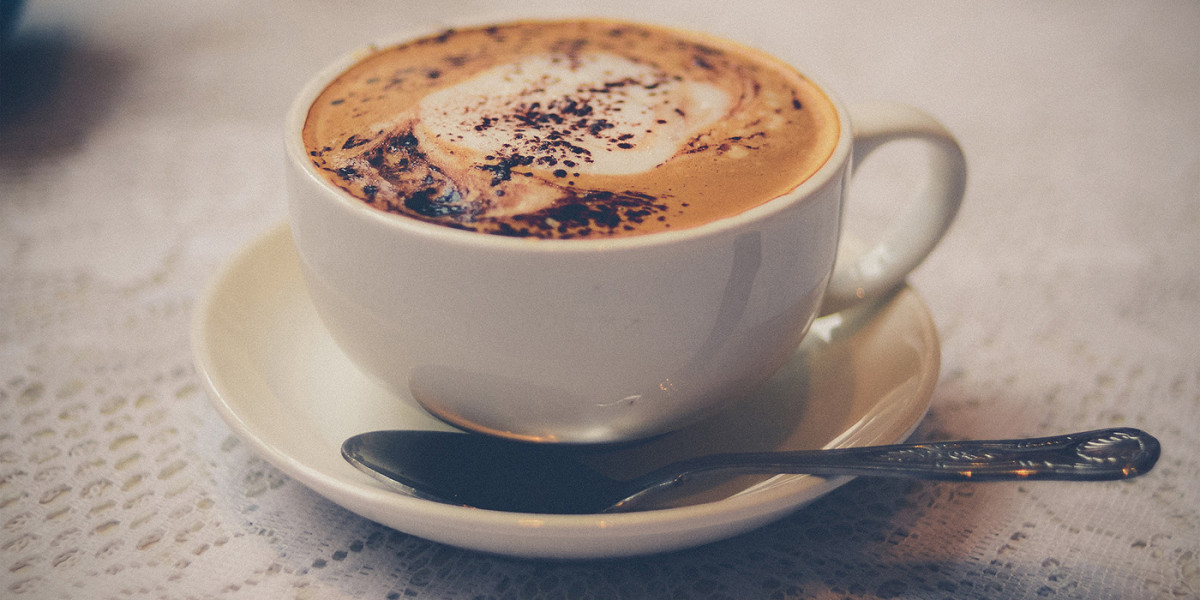 Is Coffee Bad For You?

Well, it depends. Like with many drugs, as well as health topics in general, the evidence is all over the map.

There is some evidence to support the idea that the coffee bean itself has benefits to health. Caffeine as a drug has been fairly widely studied, and we’ll cover some of the effects below.

Surprisingly, researchers have found that caffeine doesn’t stop most people from sleeping. In fact, people tend to blame caffeine for a whole host of problems, like feeling jittery or having headaches, even when they’re given a placebo.

The more you look at the research, the more you realize that people are bad at understanding what caffeine actually does to them, so let’s take a look at what the science says…

What Does Coffee Do to the Brain?

Just this week, for the first time ever, a long-term study of one person’s brain (both with and without morning coffee) was performed. The study was not about coffee per se, but it did note that:

When he hadn’t had caffeine, the parts of his brain involved in basic functions such as vision and movement showed more connectivity, while other regions showed less connectivity.

On the other hand, there were other parts of the brain that showed less connectivity. Again, it’s a mixed bag. We simply don’t know enough about the brain to say if these are “good” or “bad” things (and that view is a bit too simplistic, anyways). Perhaps it’s better, then, to look at the function of caffeine.

How does Caffeine Work?

In a nutshell, caffeine does not make you more awake. Rather, it hides your tiredness. This may seem like a distinction without a difference, but it will become very important soon. For a funny yet accurate look at what coffee actually does to the brain, look no further than the webcomic The Oatmeal: 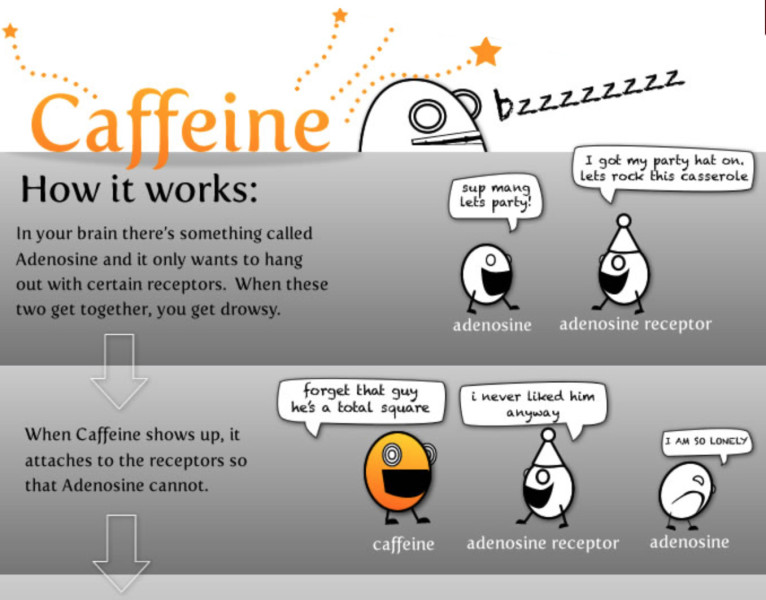 Perhaps the better question is, does caffeine help with an important job?

Does Caffeine Help You Learn or Work?

Caffeine has definitely been shown to improve sustained attention and vigilance. Insofar as that you need these things to study or work, there may be some benefit to caffeine. If you’re doing something physical in nature, or need to stay up late, then there’s no doubt that caffeine can help.

Perhaps the best way to phrase it is that caffeine boosts speed but not skill (Lifehacker). This means that there have been no benefits shown to creativity, abstract thinking, or other skills required for more intellectual work.

When it comes to learning and memory, the effects are mixed. Some studies have shown a potential increase in rote memorization and memory consolidation. Others have shown that the caffeine can make you sloppy and forgetful. Unfortunately, it’s already hard enough to study learning (partially because there are many kinds of memory), and studying caffeine’s effect on it is even harder.

One thing is clear: if you’re using caffeine to substitute for a poor night of sleep, it will negatively impacting your work and studies. Plain and simple, sleep is the most important factor for using your mind. Science simply has no substitute for a good night’s rest.

Why Not to Drink Coffee

If you’re drinking more than a couple cups a day, it may be time to rethink your relationship with coffee.

As we’ve seen, coffee can help to improve attention. It’s also been shown to sharpen the senses, kill pain, and generally help you feel good. Once you’re into the several-cups-per-day range, the positive effects decrease and the negative effects begin to appear.

Just as important as the amount of coffee you drink is the frequency. The human body has an astonishing ability to acclimate to just about anything. When you drink coffee every day, the effects diminish and you begin to need the morning cup just to feel normal. Instead of being a “boost,” the caffeine becomes a “return to regular.”

In one study on caffeine and stress, researchers stated:

The effects of coffee drinking are long-lasting and exaggerate the stress response both in terms of the body’s physiological response in blood pressure elevations and stress hormone levels, but it also magnifies a person’s perception of stress

In other words, caffeine taxes your body. It can cause anxiety and make depression worse. Even worse, many of us drinking coffee these days are doing so as part of the corporate rat-race. If you’re waking up late, grabbing a cup and running into a meeting, you might be creating some very negative psychological patterns for yourself.

Aside from the stress response, there are other reasons to stay away from too much caffeine. It turns out, too much coffee can actually make you tired.

As we saw above, coffee blocks the adenosine receptors in your brain. There’s reason to believe that this can cause a surplus of adenosine in the brain, since there’s no where for it to go. When the caffeine wears off (at the end of the day, or the next morning) there’s a whole flood of adenosine waiting.

This is why regular coffee drinkers feel groggy without their morning cup, or why you might crash after drinking coffee. Remember, there is no free lunch. Caffeine can block that tiredness for a while, but it will always come back later, likely stronger than ever.

How to Quit a Caffeine Addiction

It’s true that there can be some negative side effects to quitting a caffeine addiction, like headaches and fatigue. Some research has indicated that this is mostly governed by your expectations, and not physiology. Still, the pain of giving up the daily cup can be quite real. Simple ibuprofen can counteract most of these physical side-effects.

Like with all habits, you could try either the cold-turkey or the gradual-cutback approach. Which one you choose is more a matter of preference and personality. Personally, have always made sure to take regular cold-turkey coffee-breaks for a week or more at a time. The beginning of a weekend is a great time to quit cold-turkey, since you have a couple of days to acclimate.

For many, introducing a different ritual to replace the coffee can be beneficial. Instead of coffee, you could try making tea (even non-caffeinated), or meditating. This sort of replacement is one of the best ways to make or break a habit.

Even if you don’t want to completely quit a caffeine addiction, it’s a good idea to take it easy on the caffeine. Simply knowing how it can help you (and the ways it will not help you) can help you use it when you need it. Building in off-days to your routine, like caffeine-free weekends, is also a great idea.

Personally, I’m currently halfway through a month break from all caffeine, which I may extend further. I began to realize that I was paying for my high-energy mornings with completely lethargic nights. Sometimes this is an acceptable trade-off, but more often than not it’s nicer to have a longer sense of well-being throughout the day. Combined with the fact that I’m already a relatively high-strung person and caffeine compounds that stress, I’ve begun to wonder if caffeine is worth it for me.

Have you quit caffeine? Do you want to? Let me know in the comments below!