Home » Uncategorized » Research: The Evolutionary Basis of the Human Brain

Why does it matter why we have brains? It seems like such a self-evident question that we don’t bother asking it… but once we do, it proves much more complex than anticipated.

It is a question which should be asked as we delve into philosophy, psychology or any other part of the workings of the human mind. Understanding the physiological imperative which brought about the organ known as the “brain” tells us the constraints under which it came about. As it turns out, there is a certain common thread which underpins much of the recent research into this question: movement. 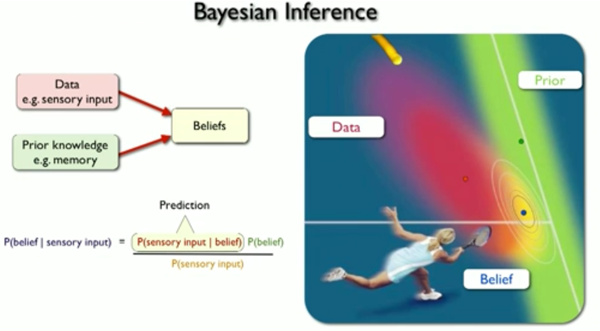 Planning Movement (Based Upon Predctions)

In the following TED talk, neuroscientist Daniel Wolpert makes the surprisingly well-founded case that brains evolved (in all creatures) for one single reason: to allow for movement.

Moreover, he ends up demonstrating how the brain evolved for efficiency in movement… which leads to similar movement patterns between individuals. We will all catch a ball in a similar manner, for example, choosing the ideal path based upon accuracy and efficiency. This leads into some interesting consequences,when it comes to how the human brain evolved…

In one of my neuroscience classes in college, we read a book called Big Brain: The Origins and Future of Human Intelligence

, which made the surprising case that the human brain (the neo-cortex) came about because of bipedalism (walking upright on two feet). We tent to think of it the other way around – that our intelligence was the evolutionary trait which was selected for, but it appears that the truth may be the exact opposite: that consciousness is the circumstantial result of other evolutionary traits.

As we came out of the jungle and began to walk upright, the human pelvis evolved in such a way that allowed us to have big skulls at birth (and, thus, big brains). The following graph paints an interesting picture: so-called “smart” animals (humans, dolphins and elephants) have a higher-than-predicted brain-to-body-mass ratio. In other words, most animals have a brain size that can easily be predicted by how large they are, but our brains exceed such predictions.

The authors of the book go on to make some very interesting points along the lines of “does bigger mean smarter?” and so on. I highly recommend the book, but for the purposes of this post the point is that bipedalism allowed for the evolution of a larger brain.

It’s All About the Connections

The brain makes connections. It is a pattern-predicting reactionary machine, using past events combined with sensory input to create a prediction of what wil happen in the future – as is demonstrated by the first image in this post.

One thing which I was personally surprised to learn about the mammalian brain is that all of the 5 senses are fundamentally built upon the sense of smell. This NPR article explains that the sense of smell was instrumental in the early development of the mammal brain – we see major evolutionary leaps in the olfactory parts of the brain in mammals which co-existed with dinosaurs. As other senses developed, they naturally fed into this pre-existing architecture for processing smell.

As any mathematician can tell you, adding a single new “node” in an interconnected set drastically increases the number of connections in the set, easily illustrated by this picture of telephones (notice how with 2 nodes/phones, there is only 1 connection, with 3 nodes there would be 3, with 4 nodes there would be 6, and so on). The formula for this “network effect,” if you’re interested, is (n-1)!

Why is this important? Well, imagine each of the phones is a piece of information coming in to the brain. When there are just a few, no operator at all is needed – a simple switchboard is sufficient. But once the network grows large, we need an intelligent and dedicated switchboard operator to control the system… someone (or something) which knows what it is doing. In short, we need consciousness.

I do not mean to imply that simply having enough data coming in to a brain will yield consciousness. The truth is that we cannot really go back to the moment at which consciousness was born and know for sure what caused it. But these researchers have made the strong case that movement yielded brains, bipedalism yielded big brains, and eventually these interconnected brains became conscious.

What is fascinating to me is that we are getting to the point that we may develop “artificial” intelligence… naturally. Which is to say, we are now creating brain simulators from scratch which effectively mimic “real” brains. If these theories are true, consciousness/intelligence may result from creating larger and more complex systems, and attaching these systems to sensory inputs + movement outputs. In short, it could evolve from allowing these created brains to experiment with the world around it.

In which case, we would not be “designing” or “creating” intelligence, per se. We would be putting the correct pieces together to allow intelligence to evolve. As a computer programmer, I can say that it would be folly to attempt to create and program every single neuronal connection in a truly intelligent system. What does make sense, however, is to create a system which corrects itself to experience in order to react appropriately – just like our brains did.