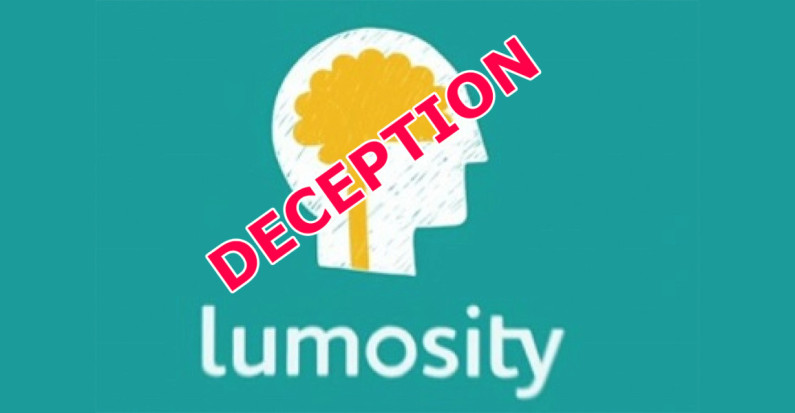 The FTC ruled against Lumosity today.

The so-called “brain training” company is being forced to pay out $2 million dollars for deceiving customers. It’s a major blow to the industry, but what does the “Lumosity scam” really mean?

This hurts me to see. I studied video game design and neuroscience. My dream was to use software to improve the mind. I’ve also reviewed many different pieces of software for learning skills on this blog. I stand by my positive reviews of games like Duolingo and Rocksmith.

But there’s a reason I’ve never done a Lumosity review.

Before we throw the whole idea out, let’s re-examine the evidence.

A couple of years ago I had the opportunity to meet with Adam Gazzaley, a prominent neuroscience researcher and namesake of the Gazzaley Lab at UCSF. He and his team have spent a great deal of effort researching the use of interactive media (like video games) for cognitive enhancement.

One such game, called Neuroracer, appears on the surface to be very similar to Lumosity. The headline on the UCSF website even says “video game training enhances cognitive control in older adults,” and links to a study published in Nature on the very same game.

The researchers showed that their multitasking training enhanced cognitive control. These benefits even extended to attention and working memory.

The study appears rigorously conducted, using an EEG, and has been reported on in many prominent news outlets. It is just one among several such studies to have been published. So what makes it different from Lumosity?

To quote the FTC press release:

Lumosity preyed on consumers’ fears about age-related cognitive decline, suggesting their games could stave off memory loss, dementia, and even Alzheimer’s disease. But Lumosity simply did not have the science to back up its ads.

Jessica Rich, Director of the FTC’s Bureau of Consumer Protection

This is a common problem on the boundaries of new science. Lumosity suggested that their product could do a wide variety of things. Each one of these claims were essentially exaggerations or hijacking of good science.

As we saw above, there are plenty of good studies. But those studies were not conducted on Lumosity itself. What’s more, the claims made by Lumosity extended beyond the conclusions of the studies. Here’s what the company actually claimed the software could do:

1) improve performance on everyday tasks, in school, at work, and in athletics;

3) reduce cognitive impairment associated with health conditions, including stroke, traumatic brain injury, PTSD, ADHD, the side effects of chemotherapy, and Turner syndrome, and that scientific studies proved these benefits.

Wow. What a laundry list! With that many claims, it starts to sound like a panacea. Whenever you see someone trying to sell you a pill that cures the common flu, fatigue, and cancer… run for the hills. The Lumosity claims were the brain-version of this pill.

I don’t think the folks at Lumosity are bad, or even poorly intentioned. The word “scam” is probably too strong. Brain training is an interesting field, and in some ways I’m glad that people are trying to bring it to a consumer market.

But it needs to be done well.

The Future of Brain Training

If I had to speculate, I’d guess that the $67.5 million of funding Lumosity received created this problem. With so much money on the table, like all startups, they surely felt the pressure to grow. I doubt anybody ever meant to exaggerate the claims.

Unfortunately, this leaves “brain training” in a tricky spot. The best thing for the industry to do is to drop this moniker all together. Such a broad term simply asks for misinterpretation. The brain cannot be measured on a single axis. There is no such thing as “training your brain.” There is only learning something specific.

Software which seeks to help people in some specific way has a real chance at success. Learning a skill like a foreign language or a musical instrument through a video game makes a lot of sense. Video games are exceptionally good at training a single, concrete skill.

In the future, I hope we’ll see more targeted products.

Instead of curing our brain of all its ailments, let’s focus on creating real, measurable effects. On that note, I’m actually starting work on just such a game myself. It’s a passion project, like all the software I create, so it’s not beholden to making money for investors. If you’d like to follow along, subscribe to the mailing list by clicking the box just below this text.