One of the toughest things I’ve encountered in learning music so far is just how fast music feels like it is moving when I am first attempting to play something. It doesn’t matter if I’m playing scales to a metronome or notes to a song: my brain is having a hard time coordinating all that movement to a steady beat.

My mind started to drift, and I wondered how it is possible that anybody can sight-read music. I ended up coming up with what I think is a pretty sound description (if you’ll excuse the wordplay) of what happens to the brain during the musical learning process.

1. The Brain Learns To Slow Down Time

One of the things I’ve been forced to do is to stop paying so much attention to the screen and pay more attention to “feeling” the music when I use tools like Rocksmith or Yousician. It’s one of those pieces of advice given by music teachers worldwide, to “feel the music,” but why? 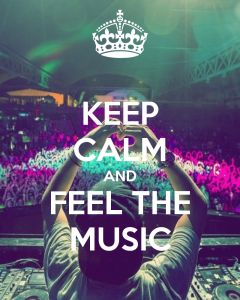 During this period, the student is learning how to shortcut the conscious mind. New neural pathways are being wired up. Once a student has truly internalized a guitar riff, he will not even be consciously aware of making a decision to play the note. It feels like, over time, the passage slows down.

The same thing happens with languages. When I was learning them, I eventually found that the conscious awareness of what to speak began to disappear. Something that was initially voluntary became a reaction.

What’s going on when the brain becomes reactive like this?

When someone has a lot of “knowledge” as opposed to “intelligence,” they know a great deal about some specific “domain” of information. Someone knowledgeable in the domain of guitar might know of many scales, chords, riffs, etc. (at least in theory; playing them may be a different matter).

In order for our brains to store knowledge, we have to do something to it to make it all fit in our minds. There’s just not enough space in the brain to hold “raw” data. So we use a trick, much like computers use compression algorithms. The trick we’ve inherited is the ability to chunk knowledge into parts.

To the novice, there are many pieces of information in this picture: he sees a whole bunch of dots on the screen.

A more accomplished guitarist sees just one piece of information: a minor scale. 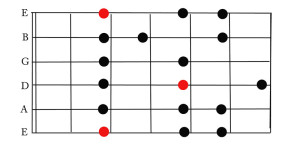 Same picture. Two people would describe it in two completely different ways. And it’d take the novice a whole lot longer to describe it.

That’s just a simple example. What about a whole new song?

Can you read the above sentence? Probably, if you try. You brain only needs a limited amount of information (the first and last letter of the word, plus the rough length) to use the surrounding context to fill in the “broken” bits.

The same is true of a decompression algorithm on a computer. Remember floppy disks? With the original “zip” format, one sales demonstration was to partially-destroy a floppy disk with a zipped file and then demonstrate that it could still be uncompressed when placed in a computer.

So the brain compresses knowledge into chunks, and it can restore full knowledge from stimuli that has problems or holes. This is why chess masters can glance at a board and memorize the entire thing in just moments… but only if the board is configured in a way which is legal is the rules of chess. They can immediately chunk moves and positions into compressed representations of the board. They need to store a smaller number of bits of knowledge. 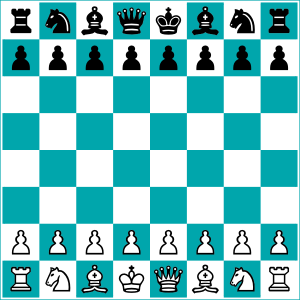 Want proof? Try to memorize this:

Test yourself by looking away from the screen for 60 seconds and then writing down the letters. How’d you do? Now try again, but this time do something else first: copy the correct letters, except write them backwards and add a space every third letter. You’ll see an easy pattern, and I bet you can easily remember the letters this time.

This is the power of chunking. This is why experienced musicians only need the briefest of glances to take in a bar of music from a sheet of paper. I know of no such study, but I bet if you scrambled the notes in a way that completely escaped any known genre of music, musicians would have a much more difficult time sight-reading.

Assuming the musician has been exposed to a given genre, she probably knows the common patterns which appear in that genre on her instrument. Any new sheet of music will have variation, but spotting variations on a chunk requires significantly less attention and concentration than identifying every single note.

How Far are You?

I wrote this post because I began to observe the chunking process happening to me. I was playing Rocksmith last night, and I started to notice how ofter the minor scale was used for riffs in certain songs. It was cool, to realize that it was actually easier than I thought!

If you’re learning something new, why not do some self reflection and see if you can see this process happening? It can tell you a lot about your progress, which helps with the skillhacking process.