Home » Science News » Use a Standing Desk to Think Better 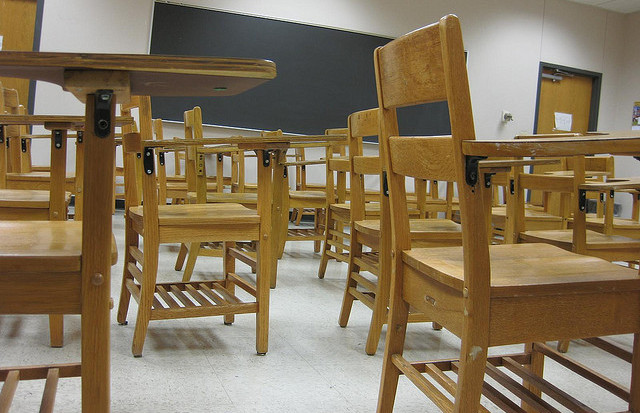 By now, most of us have heard about the standing desk trend. Because of the health risks of a sedentary office job, desks that allow you to stand while working have been introduced in many workplaces. But standing desks have also been introduced reason in the classroom for other another – better attention and learning.

New research into the effects of standing in the classroom have found marked improvements in executive functions and working memory, suggesting cognitive benefits from less sitting.

Standing up isn’t the cure-all for obesity and heart disease, but it keeps energy levels up and reminds you to move a bit while you’re staring at a screen. There can be some negative effects from just standing all day, and the key is to just move more in general.

Standing desks in classrooms allow young students an outlet for their already fidgety bodies. A study from 2008 found that physically moving helped students to focus on a mental task. The study found that students, especially those with ADHD, had to fidget when storing and processing information such as a math problem or reading. This is why kids don’t fidget as much when watching a movie.

This information as well as other anecdotal evidence has suggested that standing desks lead to improved focus and behavior. Until now, the cognitive effects had not been measured.

Effects of standing on cognitive functions

The study conducted by assistant professor Ranjana Mehta from the Texas A & M School of Public Health looked at 34 high school freshmen over the course of a school year. The students were given the opportunity to choose standing or sitting during class.

Tests were performed at the beginning of the year and at the end. The tests were computerized and designed to measure executive functions. Executive functions are the cognitive skills that are important for being successful on school tasks; they are used when students have to memorize facts, solve multi-step problems, understand their reading, or organize their thoughts in a writing assignment.

When the students were tested, associated changes in the frontal brain region was measured using a portable brain-imaging device (function near infrared spectroscopy) through biosensors placed on the student’s forehead.

The results showed that the use of standing desks throughout the school year was associated with significant improvements in executive function and working memory capabilities, and this corresponded with brain activation patterns.

Will you switch to a standing desk?

The standing desk is favored in the school setting because of its health benefits as well, as a move towards increased physical activity and a strike against childhood obesity. But for adults, questions remain now as to whether we might benefit from cognitive improvements through use of a stand-up desk. Hopefully larger, more comprehensive studies will follow and influence workplace accommodations.

We are beginning to see a clear picture of the benefits of not sitting all day, whether you are doing office work or classroom work.