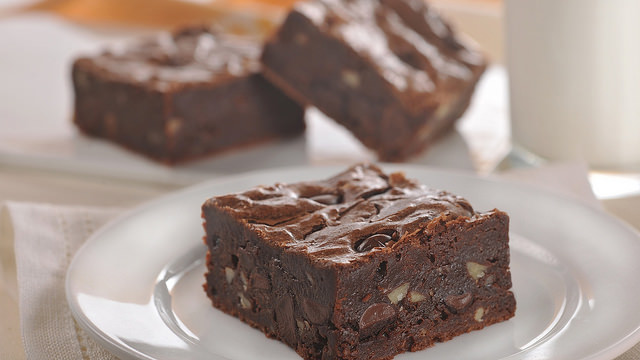 Healthy eating is usually on everyone’s to-do list, but what is the best way to stick to that goal? New neuroscience research shows that our brain prioritizes energy over taste when we’re hungry – suggesting why sugar substitutes just don’t work.

Your brain cells run on glucose, so there is a reason we crave sweet stuff. It is the energy that runs all of the cells in your body, and we obtain it through consumed calories. Sugar has a lot of calories because we can use it for energy, while something like aspartame or sucralose does not – because our body can’t break it down and metabolize it for fuel.

There are a number of things going on, though, when we eat. We are putting nutrients into our body to fuel our biological processes. But we also are enjoying the taste of food. As it turns out, these events register in different areas of the brain. And the brain wants energy more than taste.

A study by Yale University researchers published this week has provided new insight into the fundamentally different ways that nutrition and taste are processed. They found that an ancient area of the brain called the striatum involved in processing rewards is responsible; however, two separate groups of neurons in the striatum process nutrition compared to taste – the dorsal and ventral, respectively.

They found that the mice showed priority for food with energy, or calories, over better taste.

Sugar interacts with brain cells, but artificial sweeteners do not

The Yale research group, led by Luis Tellez, previously published research about the brain’s different responses to artificial sweeteners compared to real sugar. They found that glucose, real sugar, interacted directly with brain cells and changed dopamine levels in the brain. The artificial sweetener did not. This was the beginning of their research showing how the brain processed information about sugar and its value as an energy source.

Stick with calories for hunger, artificial sweeteners for boredom

From the researchers’ previous studies and this new information, it starts to make sense how artificial sweeteners are unable to handle hunger. For those who are trying to cut calories to lose weight, make sure those calories count. It should not hurt your efforts if you leave out sweetness. Your brain wants energy more.

For those who have a hard time avoiding in-between meal snacking, perhaps that might be the time to use artificial sweeteners… when you don’t need calories, but you’re looking for something to satiate your taste buds.