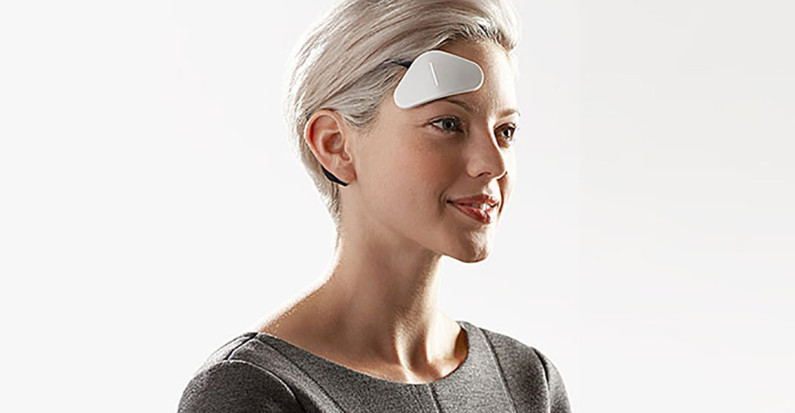 As I write this, my brain is being electrocuted.

I’m testing out the Thync device, a little gadget that adheres to my forehead and sends electric current through the brain. It’s a process called Transcranial Direct-Current Stimulation (tDCS). Ostensibly, it’s based upon science. And it’s supposed to help me be more energized or calm… and perhaps even help me learn faster. 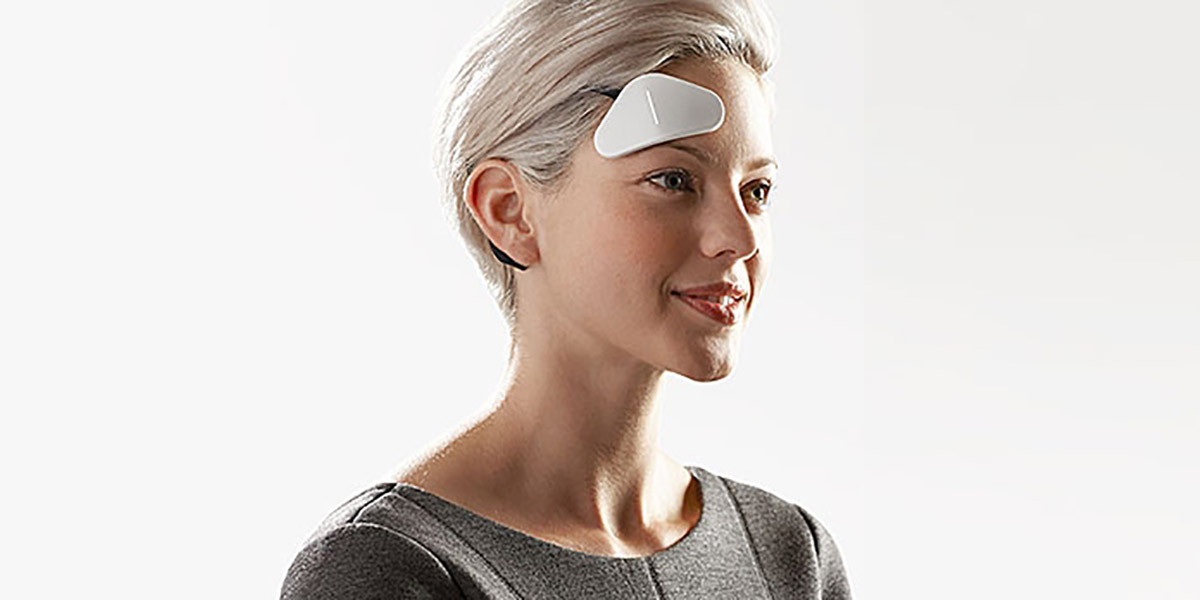 The Science of Learning with tDCS

As weird as it sounds to electrocute your brain, there’s some good research into tDCS.

What really got me interested in it was the fact that the prestigious DARPA is using it to help train snipers. That’s right: the U.S. government is using this technology to help people learn. The results are quite staggering: 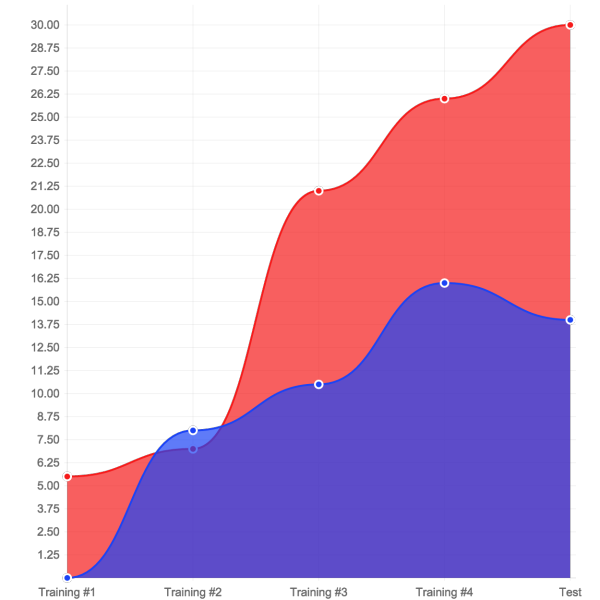 As compared to a placebo, the tDCS group (red) improved roughly twice the amount. There’s also been research on using tDCS to reduce memory deficits (like Alzheimer’s and Parkinson’s diseases), as well as general memory enhancement. On the surface, it looks like tDCS could be a great way to improve our brains!

This and other research has led to a whole community of DIY (Do-It Yourself) tDCS enthusiasts. Just check out the tCDS Reddit to see how many people are experimenting with homemade tDCS kits.

About the Thync Device

The Thync device is the first wide-market consumer tDCS device.

My experience has not been entirely smooth. The app which accompanies the device has been buggy at times. I definitely notice a high-pitch whining when the device is turned on. Also, the battery only lasts for a few uses before it needs to be recharged via the USB connector.

These annoyances have been minor, though. Generally it’s been easy to set up and use.

Setting up for a session with the Thync involves removing a “strip” from a package, and then attaching the strip and device to the forehead. The strip contains the electrodes and the adhesive material which keeps the Thync on your skin. It’s important, as the app points out, to get the placement just right. Where the electrodes are located plays a role in the effect of tDCS.

Thync has two different kinds of strips: energy and calm. 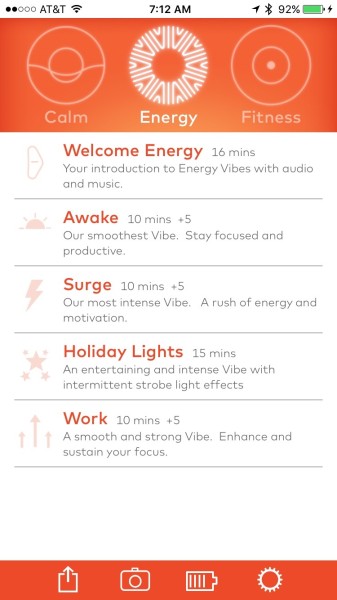 Since I recently quit all caffeine, I was curious if Thync could give me a boost in the morning.

Once you attach the energy strip, there are a variety of options to choose from. Frankly I’ve found the differences between them to be rather trivial. I suppose that a frequent user (like a frequent coffee drinker) would develop a preference.

I can say quite definitively that the energy mode did help me wake up in the morning. It’s a bit more subtle than caffeine, but it definitely put a pep in my step. At first, I was skeptical and wanted to dismiss it as a placebo. The thing that convinced me otherwise was a slight caffeine-like “need to get up and move!” sensation that sometimes came near the end of the session.

One thing I did not like about the energy mode was that it could be slightly uncomfortable. Of course, I turned down the power setting whenever this became the case. But it always felt like a delicate balance between “not having any effect” and “mildly annoying.”

I tried using the energy strips while studying, playing music and working out. I can’t say I saw any notable direct benefit. While tDCS has been shown to assist with learning motor skills, it’s important to note that the configuration of the Thync was not optimized for this. Unfortunately, there’s no good reason to think that this particular device would help with learning. 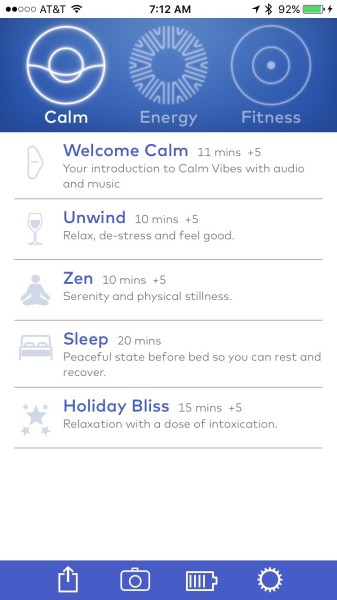 The calm strips are instead meant to help you relax.

The first time I tried them, I did notice a definite loosening of muscles. Again, though, I was curious of this was just a placebo or not.

Since then, I’ve tried the calm strips many times before bed and throughout the evening to help me get to sleep. Frankly, I haven’t been able to discern any real benefit. Maybe it’s because I’m already relaxed in the evening. But I did not fall asleep any faster or feel any sort of “existential bliss.”

I’ve also tried using the calm strips while meditating. Again, the effects (while present) have not been terribly notable.

I don’t think I’ll be using the Thync with any regularity.

The calm strips were simply too ineffective, and the energy strips were a bit uncomfortable. What’s more, these strips are one-time-use-only. Which means you’ll need to buy a constant supply of new strips if you develop a “Thync habit.”

While the science behind tDCS itself may be promising, it’s also in the infant stages. There are no long-term studies on the use of such devices. More importantly, the Thync is a commercial device. It is not tested by any agency to do what it says it does. The statements the company makes have not been evaluated by the FDA or any other regulatory body. In fact, they explicitly dodged the FDA.

All of this does not inspire confidence about the long-term safety or efficacy of Thync. It’s worth noting that Wikipedia says “there are no known risks to tDCS at this time,” but also that “no known risks” is not the same thing as “safe.” This is an example of the consumer hype exceeding the actual science. There might very well come a day when tDCS is a great option for people looking to learn faster, but in my opinion that day is not here yet.